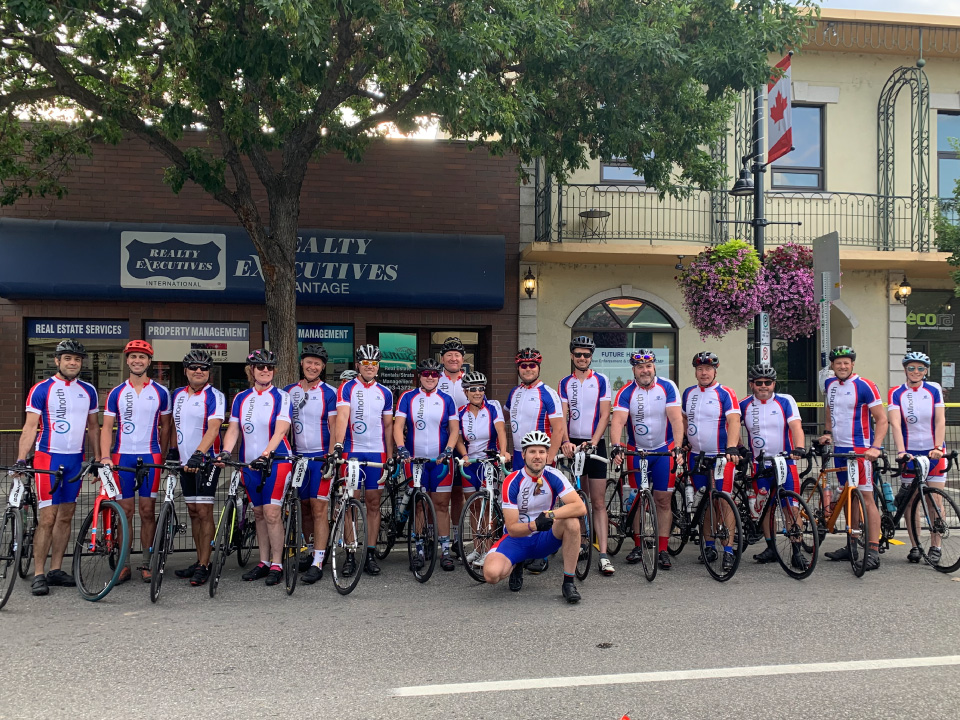 Allnorth pushes pedals for the GranFondo

In the wee hours of Sunday July 14, the early morning Okanagan sun shone brightly on a gathering of avid cyclists, proudly wearing their team colours, bike cleats snugly tightened and road bike tires pumped up to go – enter the Allnorth team, rounded up to break some new personal records at the Prospera Granfondo Axel Merckx Okanagan.

With smiles on their faces, this team of competitors set off to ride the 160 km scenic race alongside Okanagan Lake, in the heart of British Columbia’s Okanagan wine country.

This epic ride, organized for the first time nine years ago by Axel Merckx – former Belgian professional bicycle racer and son of Belgian 5-times Tour de France winner Eddy Merckx – draws every year elite and recreational cyclists from across the world, for a weekend of riding and excitement in the Okanagan sunshine.

Two months later on a mid-September weekend, the landscape of vineyards and lakes was traded for the green mountains of BC’s West Coast as some of our team members set out once more on the largest GranFondo in the world. Together with 4,500 other riders, the Allnorth cyclers braved the Sea-to-Sky highway to Whistler, with the Pacific Ocean glistening next to them, and the mountain air filling their lungs. Once more, those wheels were pushed towards personal highs and joint goals, so truly characteristic of that team spirit that lives in Allnorth, playing where we work and working where we live, in some of the most beautiful British Columbia’s communities we call home.