The Town of High River is located within the Calgary Region of Alberta, at the junction of Alberta Highways 2 and 23 with a population of approximately 13,000 people. The Highwood River, which is a tributary of the Bow River in southwestern Alberta, flows within the town limits and is subject to frequent flooding.

The Town of High River implemented flood protection measures which included the construction of permanent and interim dikes to increase the Highwood River’s capacity. A significant element of this dike system was to “close in” the roadways at locations below the protective level of the dike. These areas are essentially holes in the dike which must be plugged during times of flooding. One location that is below the protective level of the dikes, is at the south end of the Center Street Bridge.

As there is no plan to replace the Centre Street bridge for another 20 years, the Town required a solution to plug (floodgate) the leak in the diking system created by the lower level of the bridge on the south side.

Allnorth  was hired by the Town of High River to provide engineering services to identify and review various options to “close in” the roadway. The floodgate structure would extend from the west town dike to the Little Bow canal head-works gate structure and would have an anticipated design life of 20 years.

During the preliminary design phase of the project, Allnorth and sub-contractor KGS examined 15 possible options, using a selection criteria developed with the Town. The final report provided preliminary design and drawings for the four top rated options. The Town of High River then selected two of these options (the  overhead gate and the single sliding gate), for a more detailed study. Both gates are deployed with motor controls and manual deployment is also possible. Both options met the 15 design requirements defined by the Town.

As part of this project, a large section of the Town’s dike system had to be redesigned to include erosion and bank protection to prevent erosion of downstream of the gate during high flow level events. 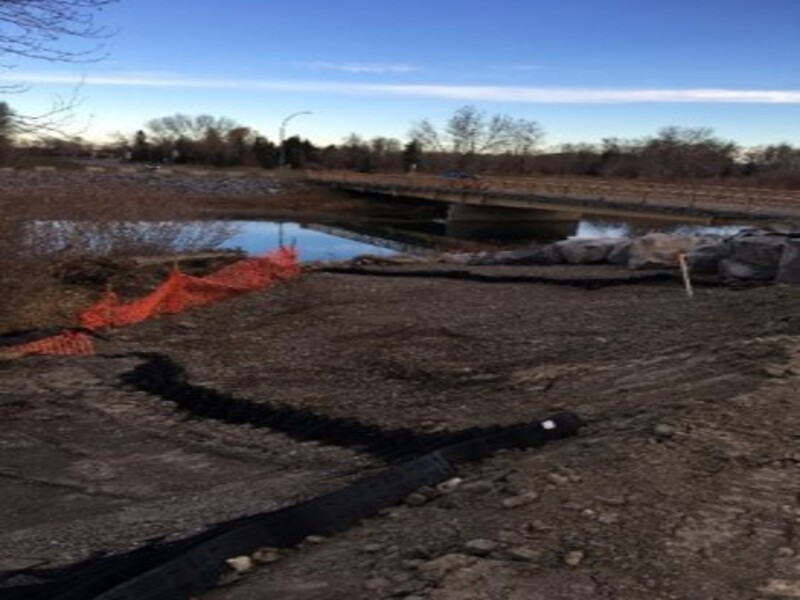 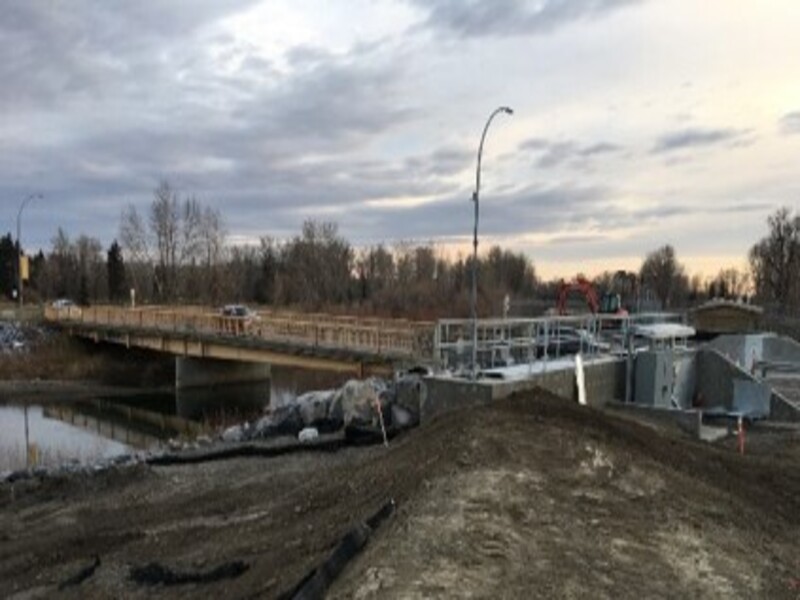 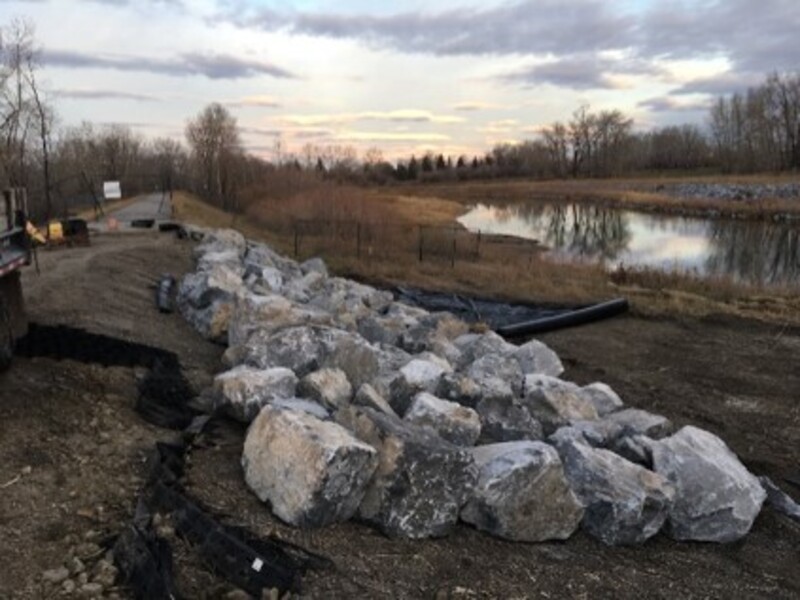