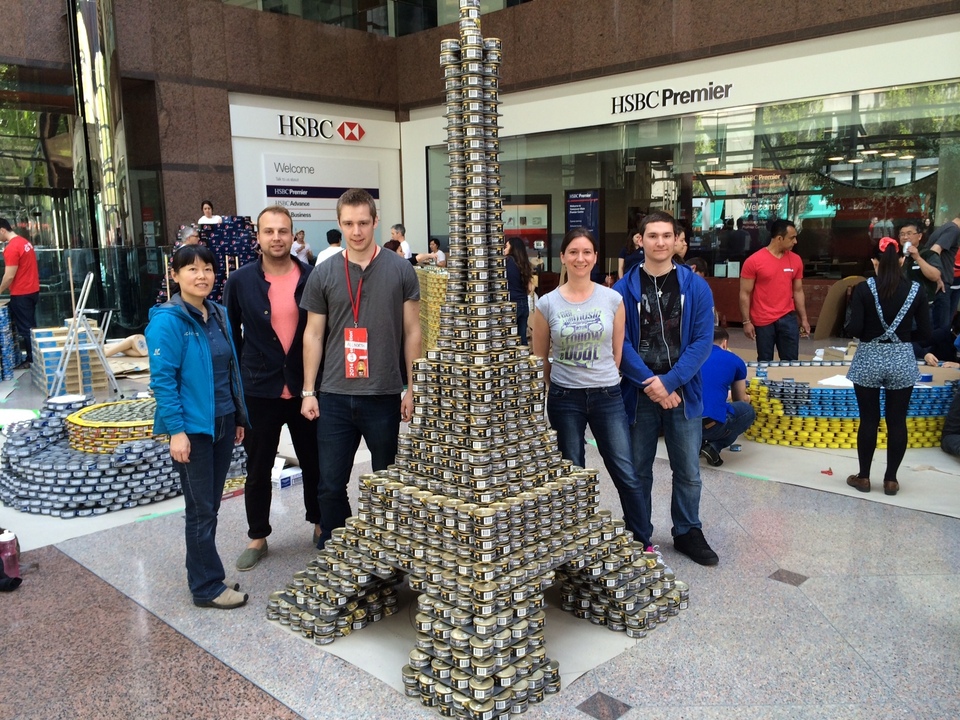 We are pleased to announce that a group of talented Allnorth staff members have won a national award for “Structural Ingenuity” at the 2014 Canstruction Vancouver Event.

Our team created a winning Eiffel Tower structure from cans that will be donated to the Greater Vancouver Foodbank. Each year Allnorth looks forward to being a part of Canstruction Vancouver, and we are proud of our team for their win this year!

Canstruction Vancouver is an annual design and build competition that takes place in over 160 cities worldwide. Teams of architects, engineers, designers and schools get together to CANstruct fantastic, giant sized sculptures made entirely out of canned food. After the structures are built and the winners declared, the creations go on view to the general public as giant art exhibits. At the close of the competitions 100% of the food used in the structures is donated to the Greater Vancouver Food Banks for distribution to community emergency feeding programs. Since 2002, Canstruction Vancouver has raised over 1,248,000 cans of food for the Greater Vancouver Foodbank.